Nearly a year ago i tried Windows 8.1 on a Socket 423 system with RDRAM using the well known Windows 8 CPU Feature patch, although the installation could've been done on the same system, i installed the OS using another system and did the patching there before moving the drive to the Socket 423 system. If there are another way, i might try Windows 10 on it in the future 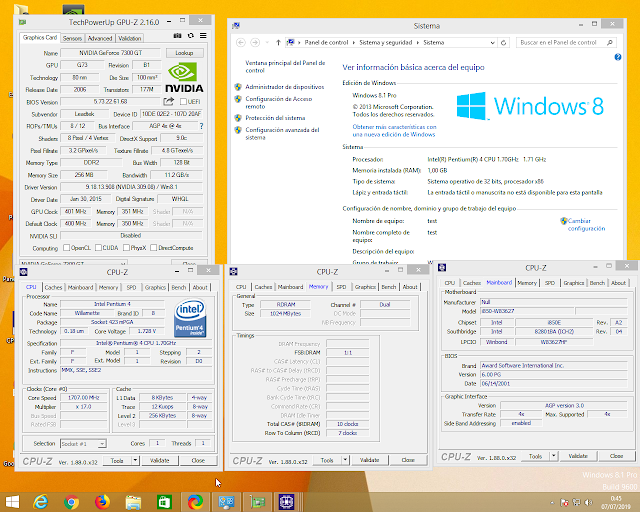 The system specs were:
Perfomance was okay, but not great, 1 GB RAM limits some tasks and some websites lags, especially videos like the ones in youtube, some screenshots i made:

Video of the attempt: